Hope you’re having a great weekend. Just looked down at the corner of my screen to check the time and realised it’s FEBRUARY! When did that happen?! I feel like with every year, the time passes EVEN quicker! Anyway, I should really stop before this post becomes a rant about where the last ten years of my life have gone. Here’s the next installment of our trip to Dubai, as promised!

We woke up nice and early on day three, grabbed ourselves some brekkie from the buffet and returned to our room to pack up our luggage! It was time to leave our luscious sea view room and make our way down to our next hotel in Dubai… Took a couple of snaps on our way out which you can see below:

But, not yet ready to leave, we checked out and left our luggage with the reception staff for one more trip to the beach! And what a perfect morning that turned out to be! An abundance of sun, sea and sand. Mr Man found himself another jet ski rental hut and off he went, whilst I took in the view, caught some rays and got on with some reading on my kindle. I also went for a little dip in the crystal clear waters. Absolutely LUSH.

Here are some snaps (you can see some of my faves below). 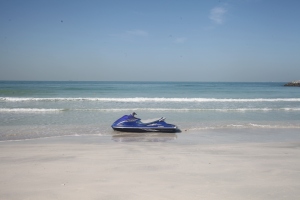 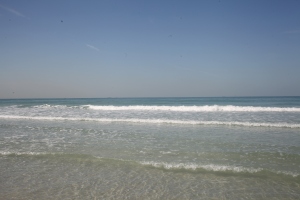 The one below is currently my iPhone background: 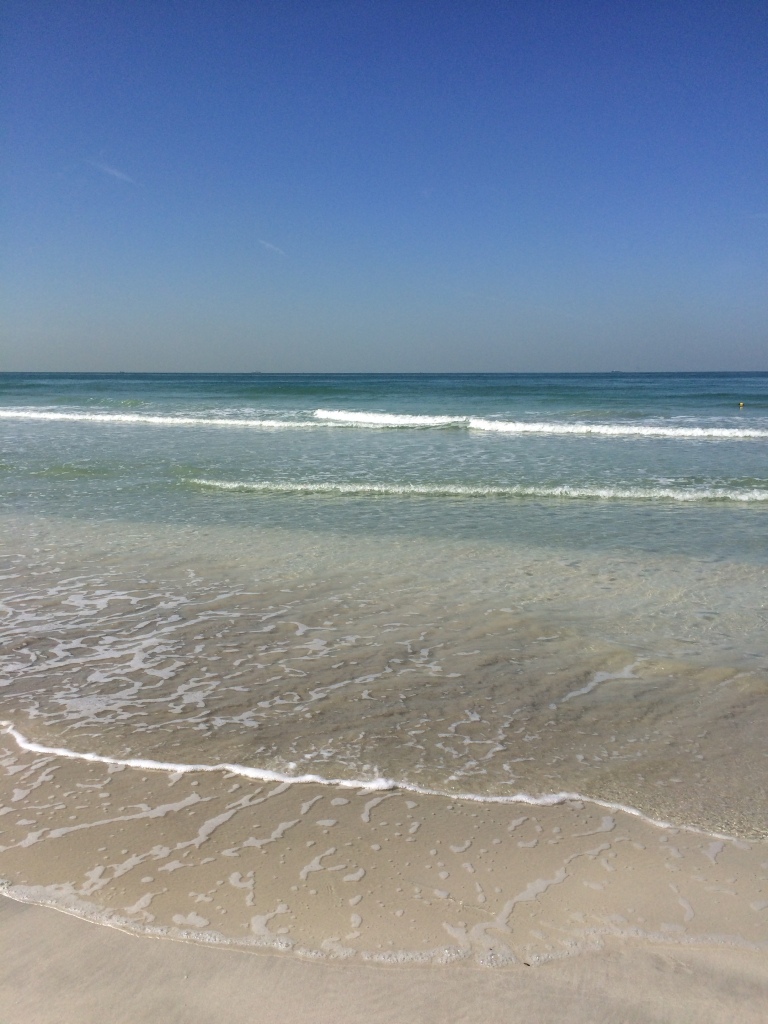 Blue on blue, on blue! So many different shades, and oh, so pretty!

After a great morning at the beach, we thought it was about time for lunch. We dusted off the sand and walked into Pizza Hut, ordered a chicken fajita pizza and a meat feast, both with a garlic twist crust, with all the standards – garlic bread, salad bowl etc.

I’ll let you in on a little secret, I’m a bit of a sucker for Pizza Hut; I know it’s anything but authentic – and I seriously fell in LOVE with the pizza in Venice – but when done right, pizza hut is always so damn good. This certainly didn’t disappoint! The creamy mozzarella, the fajita seasoned chicken, slightly sharp red onions, pop of the tomatoes, and finally, the freshness from the spring onions. And then, there was the crust! Oozing with lovely mozzarella and brushed generously with garlicky butter, it was anything but a chore to wolf down.

Because the main was so great, I decided to order dessert too, but, in retrospect, wish I hadn’t bothered. I chose a red velvet cookie, which was really disappointing. Firstly, where was the scoop of ice cream to go with it?!, secondly it was a little bit anaemic of white chocolate chunks, and thirdly the flavour was pretty lacklustre. Sorry, Pizza Hut, but my chocolate chunk cookies would totally wipe the floor with yours. 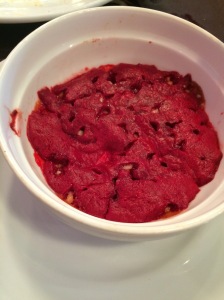 We settled the bill and pottered on back to our hotel across the road before retrieving our luggage and hopping into a cab, Dubai-bound.

Before long, we arrived at our home for the final leg of our trip. The Arabian Suites. If I’m honest, it should have been called the Indian Suites as there wasn’t much Arabic about it! Staff were slow and abrupt in nature. They really could have done with some customer service 101 lessons. They took their sweet time with checking us in, clearly running on Indian time! On the plus side, we did get upgraded to a one bed suite (similarly to the Ramada in Ajman).

We also were pretty angry to find out that they wanted to charge us, what seemed like pretty hefty rates, to use the internet, sold in 1hr and 24hr cards! Whaaaaaaat? Uh, I’m sorry, are you from the past?! After a bit of a dispute with the sales manager, around mis-selling his establishment online he offered us a discount (half price) and also went into the ins and outs of logging out so the time card could be used over and over again, which naturally, the reception staff failed to explain.

We finally made it up to the room, after a bit of a disgruntling check-in. Here are the pics: 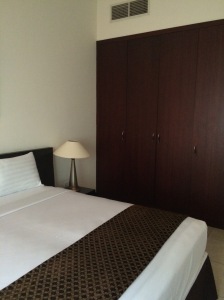 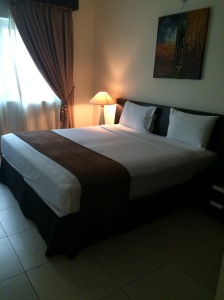 Nice room overall, and SO many laughs over the Indian flag proudly waving from the balcony! The restaurant menu was all Indian food too. And as you guys will know, I avoid curry like the plague in general, for which reason we steered clear of any room service. Very handy to have a washing machine on holiday and not having to come back with a suitcase full of laundry.

Having had settled in, we popped out to the local shop (right outside) and grabbed some water and stocked up our fridge before catching a nap.

After freshening up, we decided to go and check out the Dubai Mall. This place is insane, absolutely huge, everything you can imagine in a mall, they’ve got it and more. From a full sized aquarium to an indoor ice rink to SEGA world. Mental.

With hunger striking, we settled on checking out the Cheesecake Factory for dinner. Lighting wasn’t great so the pics aren’t amazing. To begin, we were given complimentary warm bread and butter – delish.

We shared a starter of fried mac and cheese. Perfectly cooked macaroni in the best gooey, cheesy sauce all bundled up into little bites, coated in breadcrumbs and deep fried! Then placed lovingly in a creamy tomato sauce and topped with EVEN more cheese. My mouth is watering just thinking about it. I’m definitely gonna be trying to recreate this at home!

Mr Man chose a buffalo burger for his main, he didn’t read the fine print though, and was disappointed when it arrived as a beef burger. I went for the chicken enchiladas which was a hellovalot of foodings. Three medium sized wraps, stuffed with chicken, cheese and peppers, drizzled in enchilada sauce and topped with cheese. This came with cilantro (coriander) rice, and a generous portion of black beans which complimented it perfectly. Absolutely DELISH.

And to wash it all down Mr Man opted for a mojito which was pretty good, but also pretty standard. I chose a frozen iced mango, which had a swirl of raspberry running through it. Had the mango been sweeter, it would have been perfect. 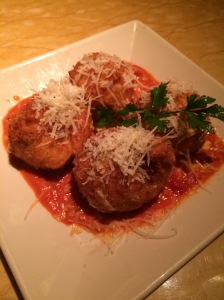 After that, I physically could not put another morsel of food in my face. But, undeterred, I decided I couldn’t come to a place called ‘The Cheesecake Factory’ and not get a cheesecake! I chose a Turtle cheesecake to go. Turtles are a brand of American ‘candy’ – milk chocolate, pecan nuts and caramel, can’t say I’ve tried them before, but this cheesecake was pretty damn good. Mr Man and I halvsied it back at our hotel.

And I think that rounds up day three!