Hope you had a wonderful weekend?

Here’s the post dedicated to the second part of my South African travels – we set off from Cape Town midmorning on a two-day drive to Port Elizabeth, also known as, the Garden Route. With plenty of interesting pit stops on the way and stunning views, I really wish we’d had a little more time on our hands. My biggest recommendation is to start as early as possible, we did our best to keep moving and make the most of the daylight hours which meant mostly just drive-thrus and not a lot of exciting meals so forgive me, there’s not really anything food related in this post.

Our first stop – a quick stroll down Muizenberg beach. Unfortunately, it was really cloudy and windy but I got a few cool shots of the colourful beach huts for which this beach is famous. 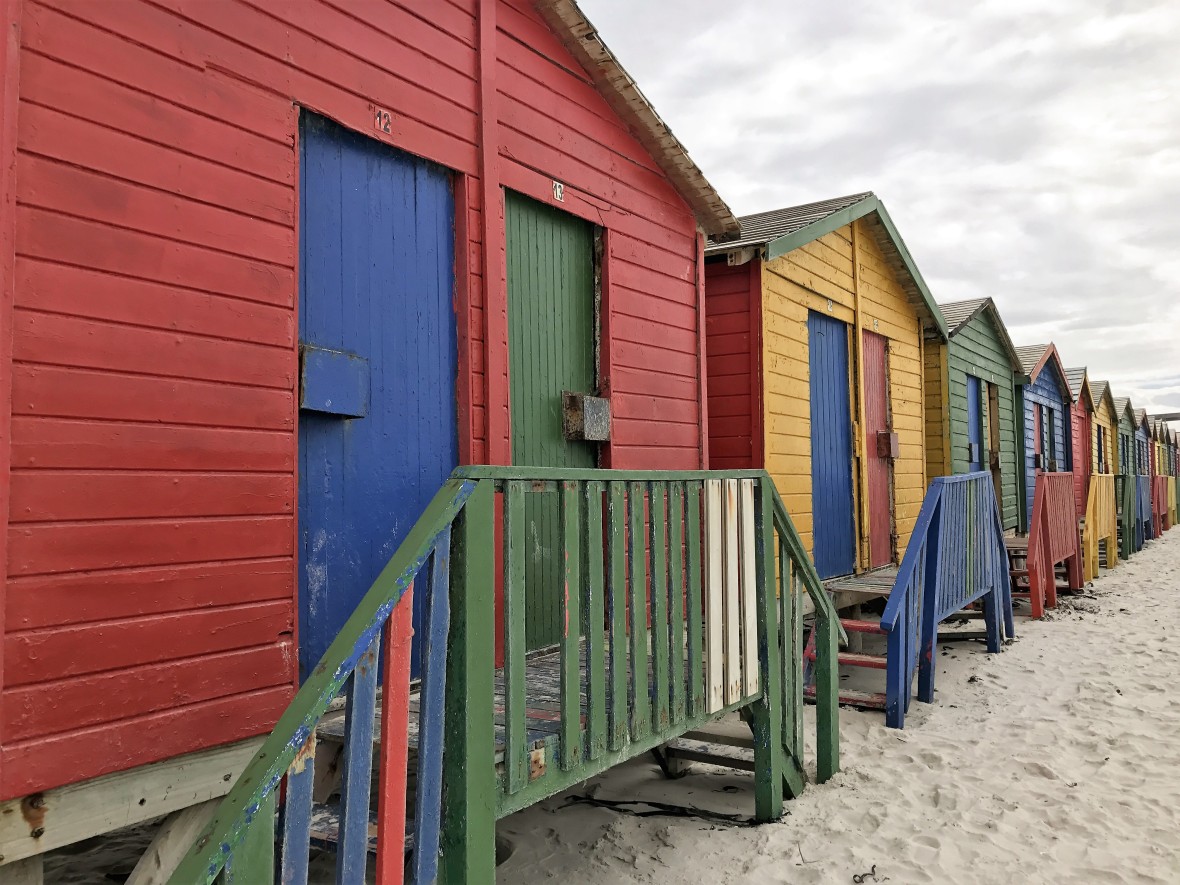 As we drove down – I couldn’t help but to stop to take a few more pics of the slightly less pristine side of the beach. 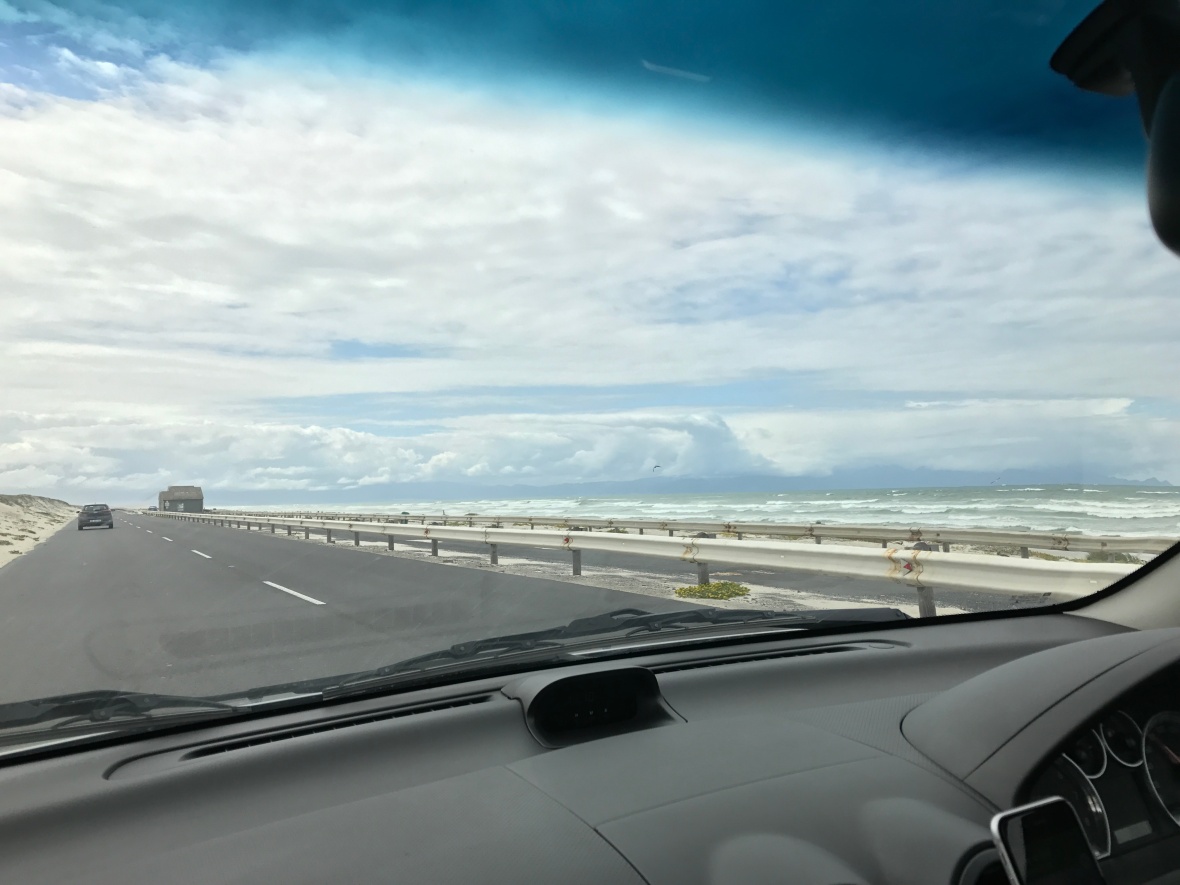 Rugged but still so beautiful. All the different shades of blue and green are just so perfect. 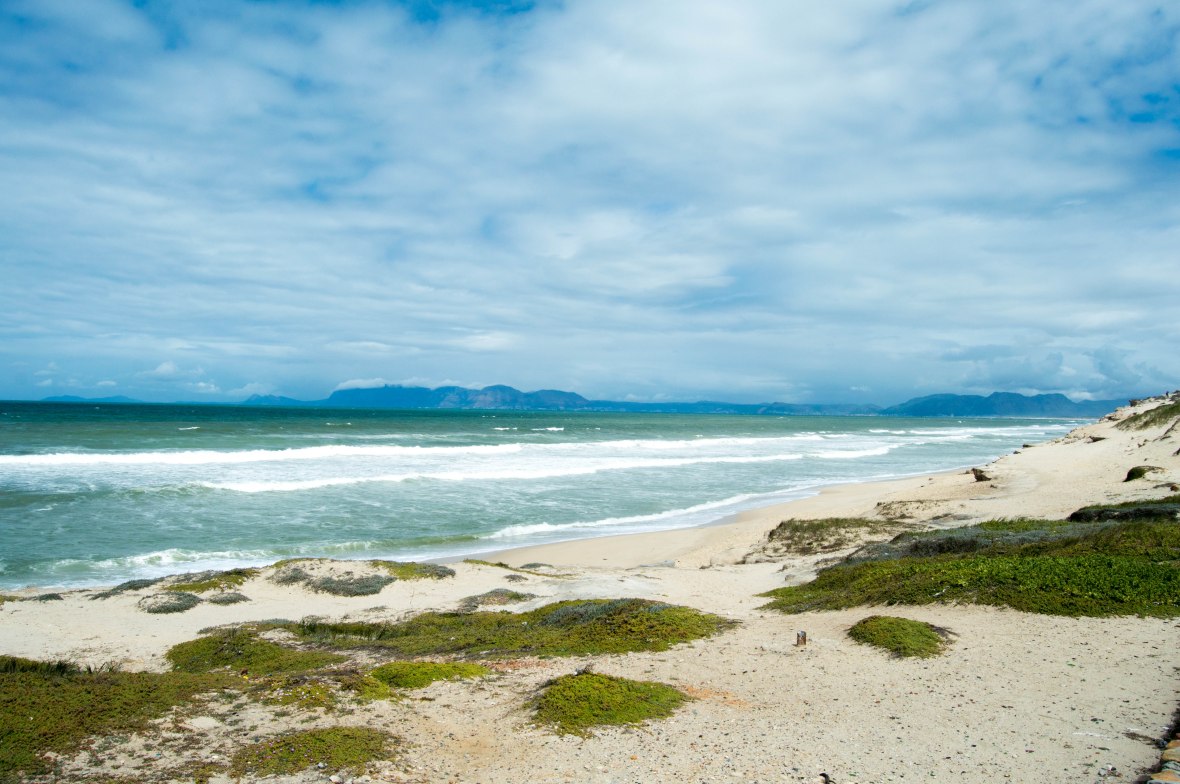 This one could be a painting, stunning.

Monkey Town is primate centre, housing an array of different species. It’s also home to other animals such as tortoises and birds. The first thing you notice when you arrive are the beautiful murals on the walls. So pretty! 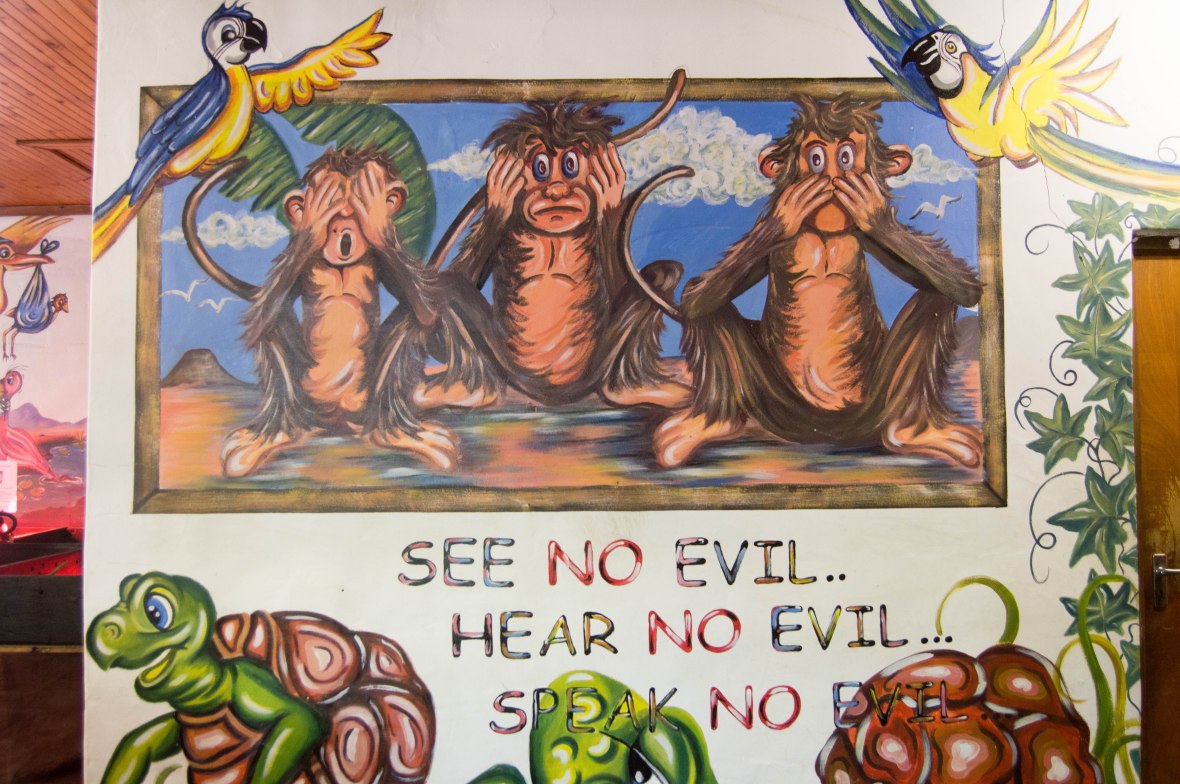 You walk through a fenced path through the centre, the idea being that the humans are caged and the monkeys roam free, however, the smaller monkey species have dedicated areas. 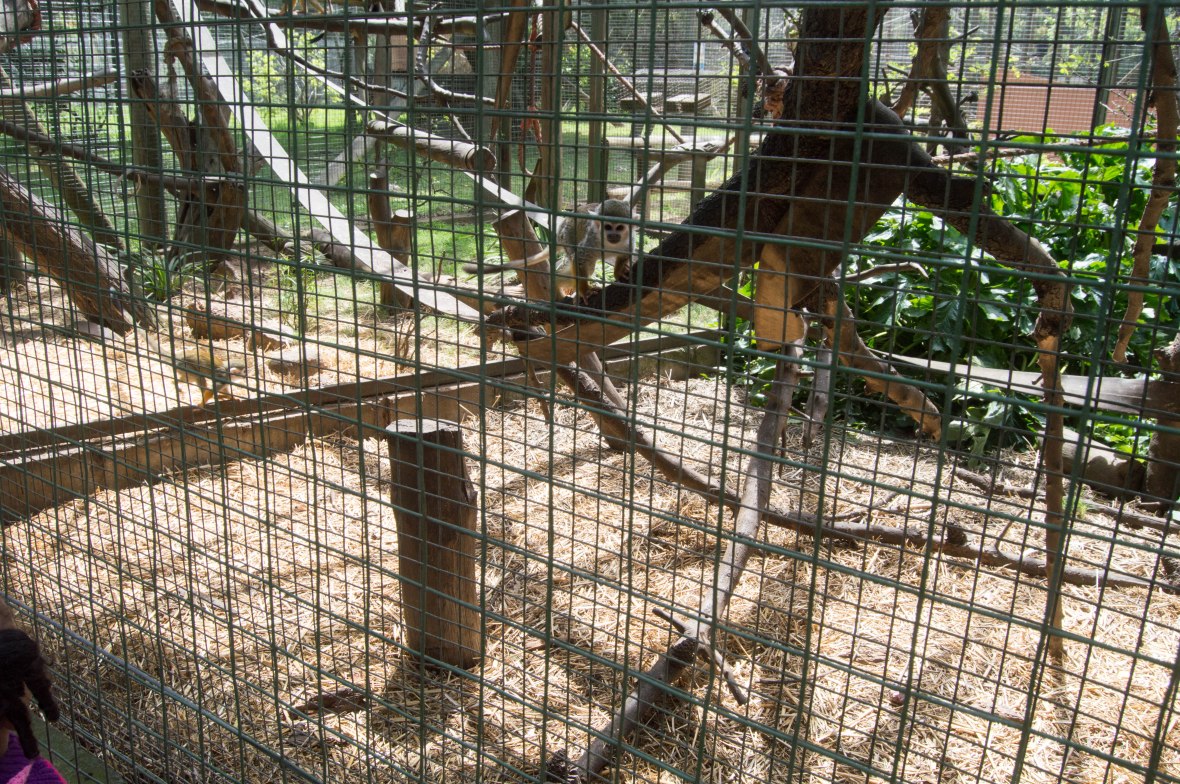 ^ Look at this little guy! The cages make for difficult photography, especially as they move so fast and never seem to sit still.

I took a few live photos on my phone and used an app to turn them into mini vids which you can watch here. Soz, I’m truly an amateur at editing videos – I just added them in, back to back.

Driving down the Western Cape was simply beautiful. It felt like every half hour or so I asked Mr Man to just pull up for a couple of mins so that we could appreciate the beauty and snap a few pics. it really was, such a treat.

I mean, seriously. Just look at the colour of the water!

This was very much an impromptu stop – as we were driving, there was a sign which more or less read – penguins this way, which, obviously, despite a protesting satnav, we just had to follow… We both agreed that we should make this stop quick, with time working against us, but definitely failed at that! They were just way too cute to walk away from!

With the Stony Point penguin colony, they’ve got a similar set up to that at Boulders – you buy a ticket and can walk down a wooden path weaving around the settlement on the beach. As we were trying to keep our stop brief, we didn’t actually go in.

There’s a line marked out on the floor, which you’re not allowed to cross but this little guy below was very curious and friendly, he came over to us to say hi! 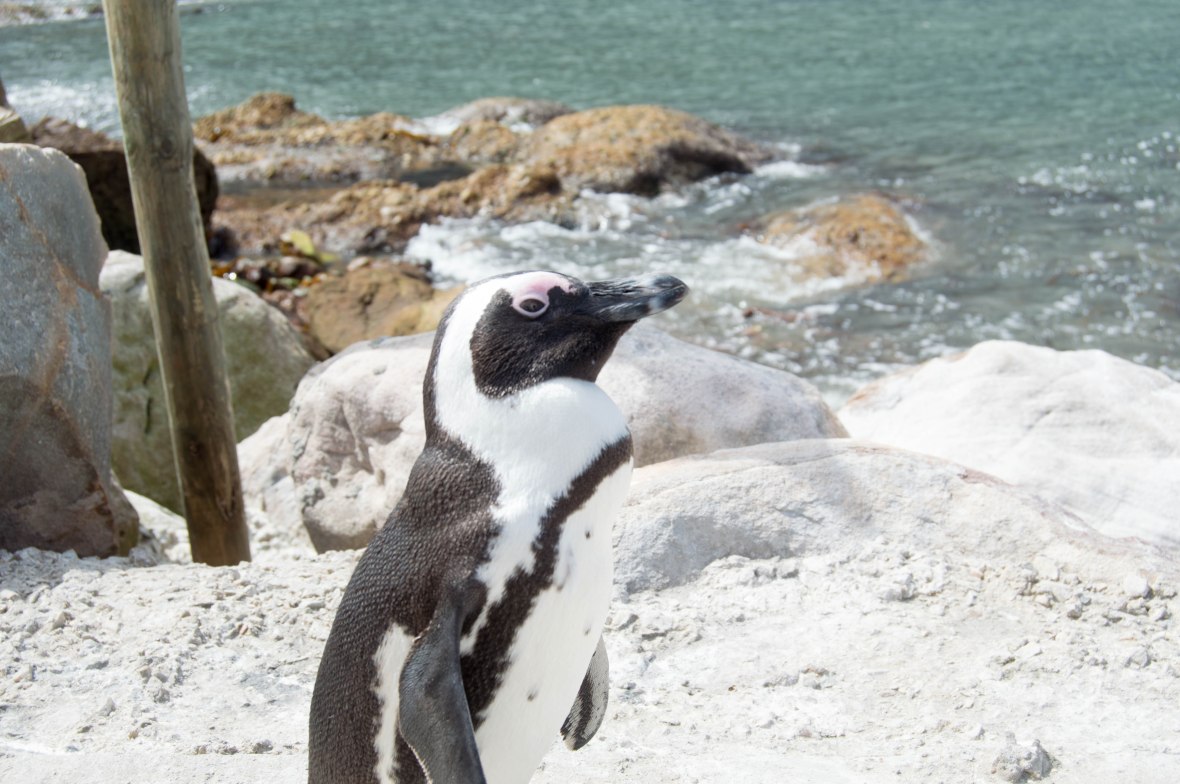 EEK, I’m so excited just reflecting on this. Definitely got to stroke him! Seriously one of the highlights of the whole trip. 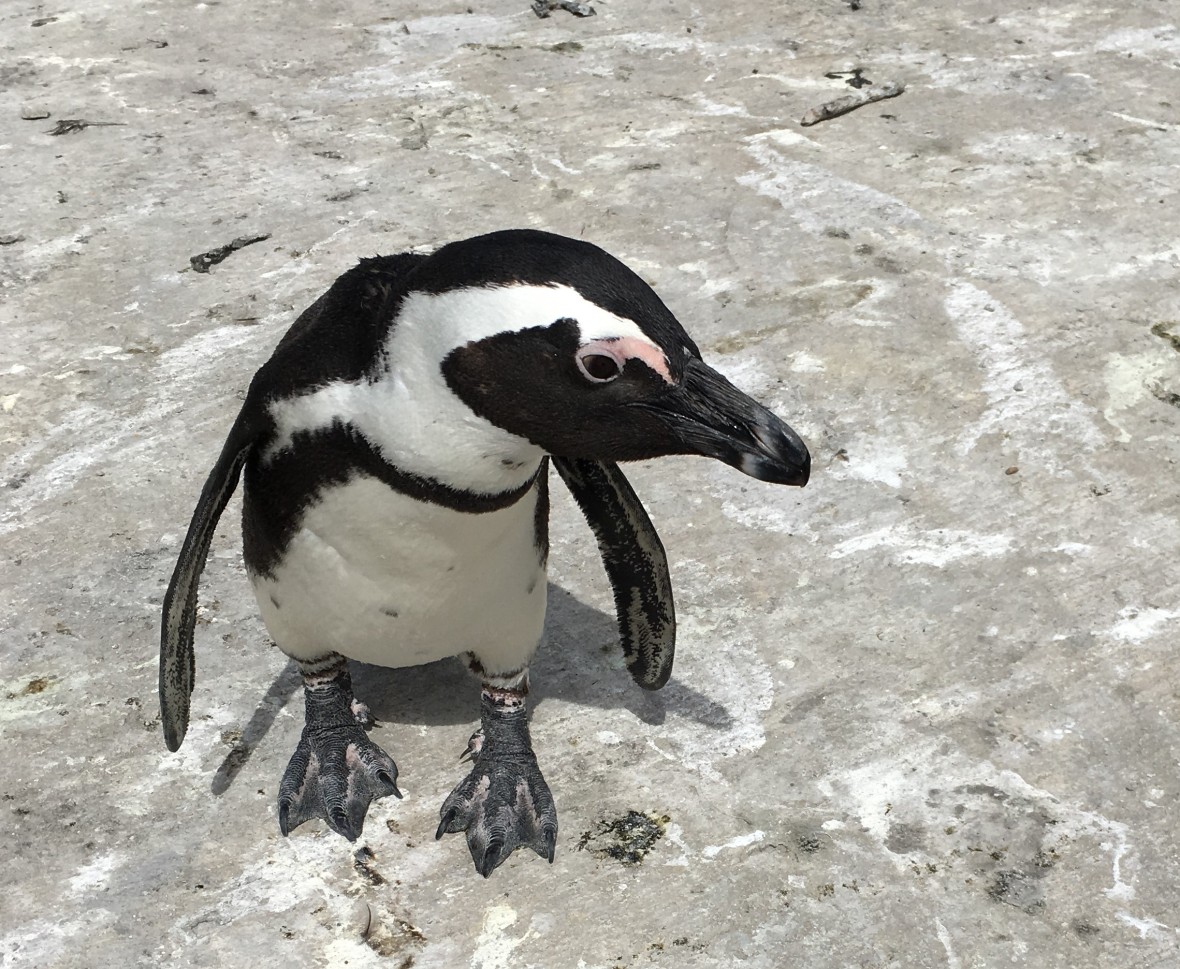 Here’s a pano – what a pretty sight.

^ At this point, you realise why they call it the Garden Route – so serene, we pretty much had the entire road to ourselves.

Our next stop was at Hermanus with the aim to go whale watching. In the warmer weathers, whales tend to come in closer to land to breed which is the perfect time to see them. We signed up for the last boat trip of the day at 4pm and sat around waiting till it was time. It started raining and got pretty windy so I was starting to get sceptical about whether we’d actually make it out but the woman assured us, that for now, the waters wouldn’t be too choppy. Unfortunately for us, the weather took a turn for the worse, and they cancelled the ride just as it turned 4pm. After missing Robben Island due to rough waters too, it was pretty disheartening.

As we drove on, we headed in the direction of the storm, with plenty of ground yet to cover. 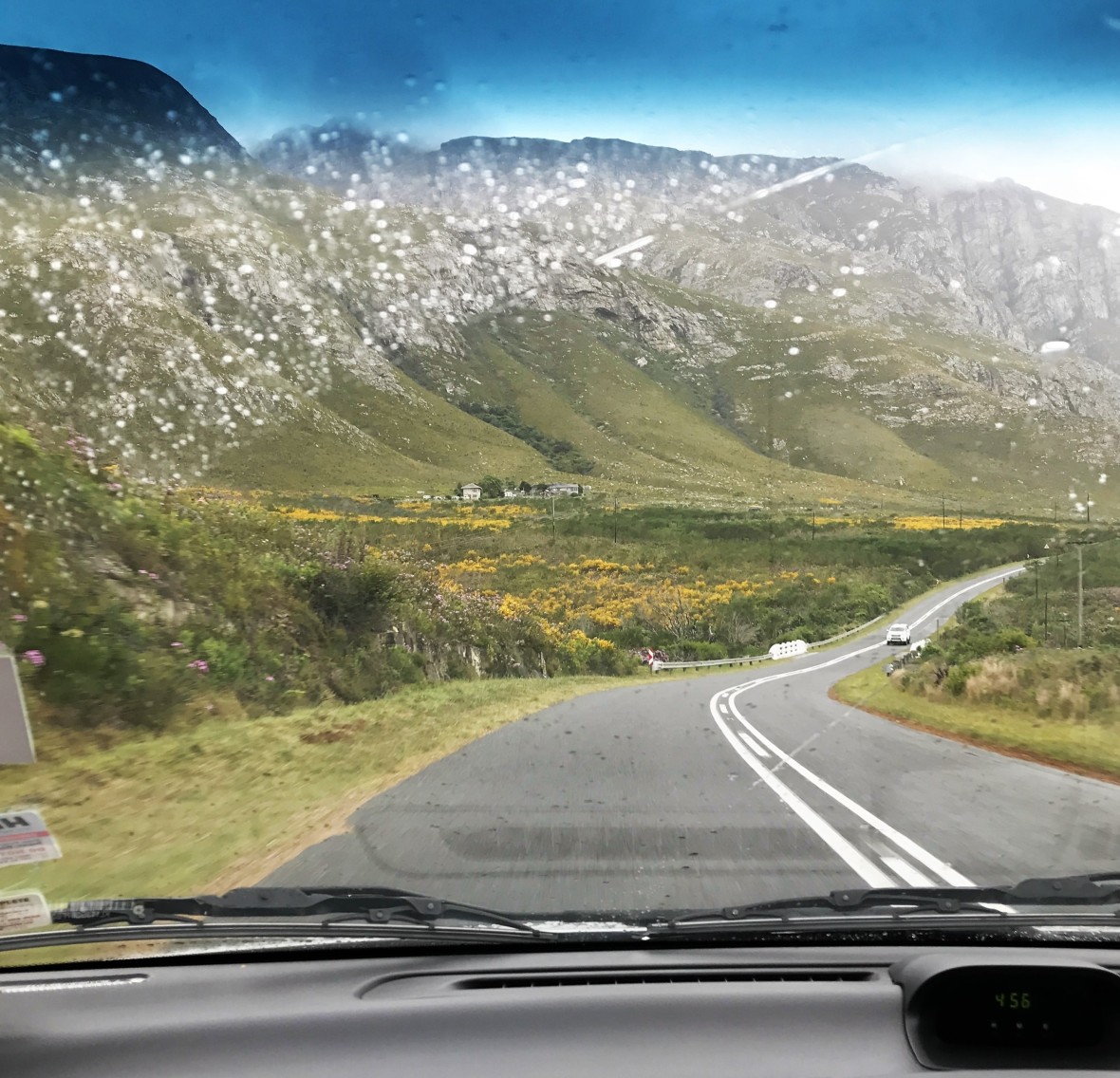 I think after this point I just stopped taking pics because it got really wet and dark soon after. We headed up into the mountains at Oudtshoorn with the rain pelting it down. I won’t lie – it got scary!

We wound our way up the mountainside in the darkness of the night (no street lights!), with the window wipers in overdrive. There were metal road barriers on the road in some areas to prevent you tumbling down into God only knows what kind of painful end. I think that made it a lot worse – not actually being able to see how bad a potential slip could be. Between that, random animals running into the road and getting startled by our car lights, and then actually driving through clouds – they had formed on the road and you really couldn’t see a THING – seriously, my heart was in my mouth. Eventually, we arrived at our hotel for the night – Protea Lodge.

Thankfully in the morning, the weather had improved so I took a couple of pics of the cute little rondavels in which we stayed. 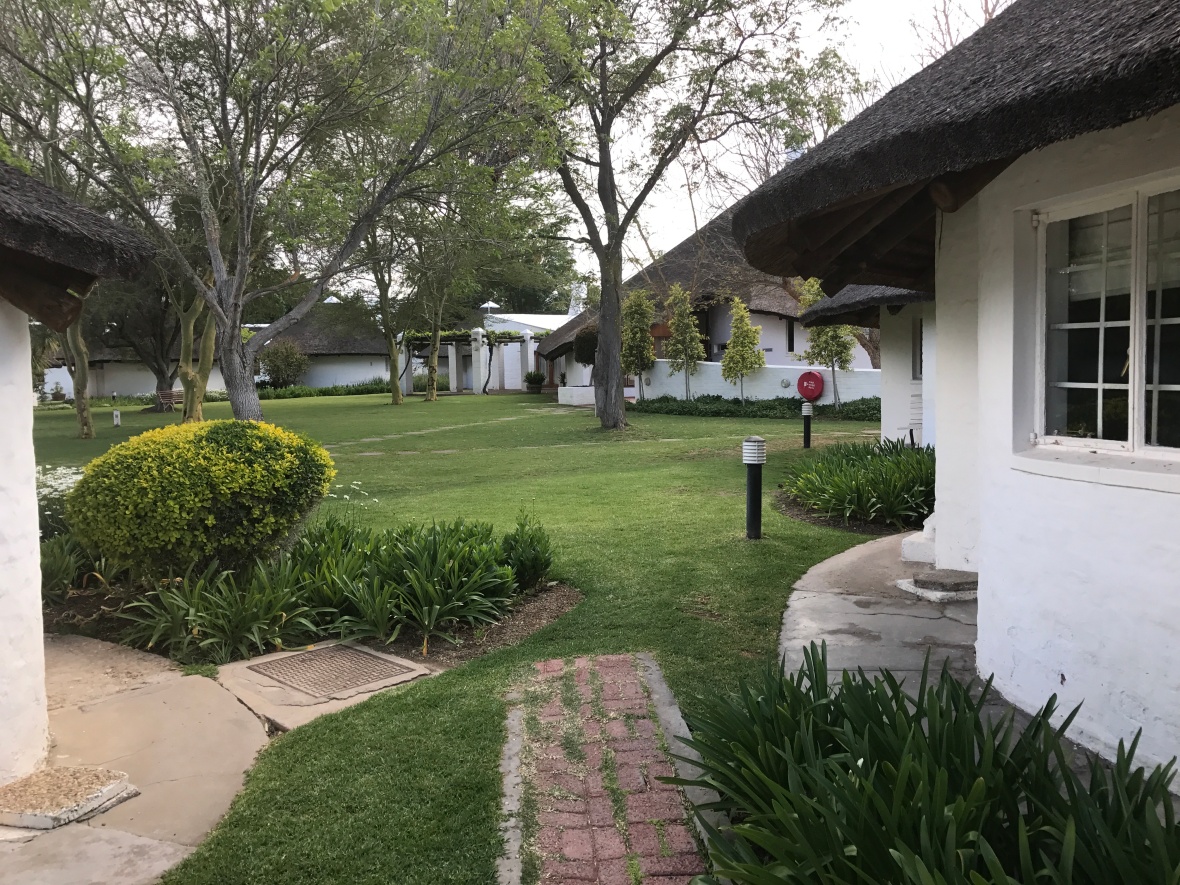 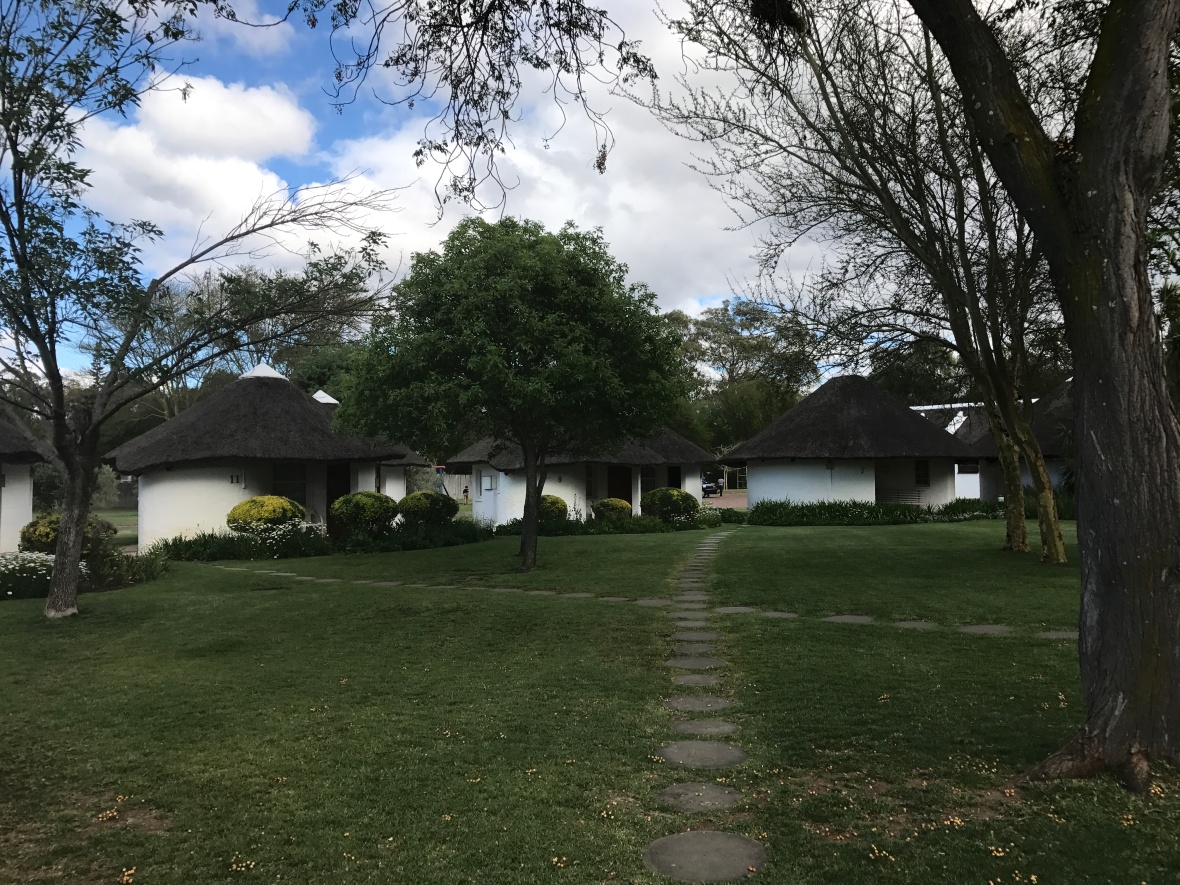 We took the normal guided tour around these underground caves which lie in a Precambrian limestone ridge, opting out of the adventure tour option due to my sprained ankle. 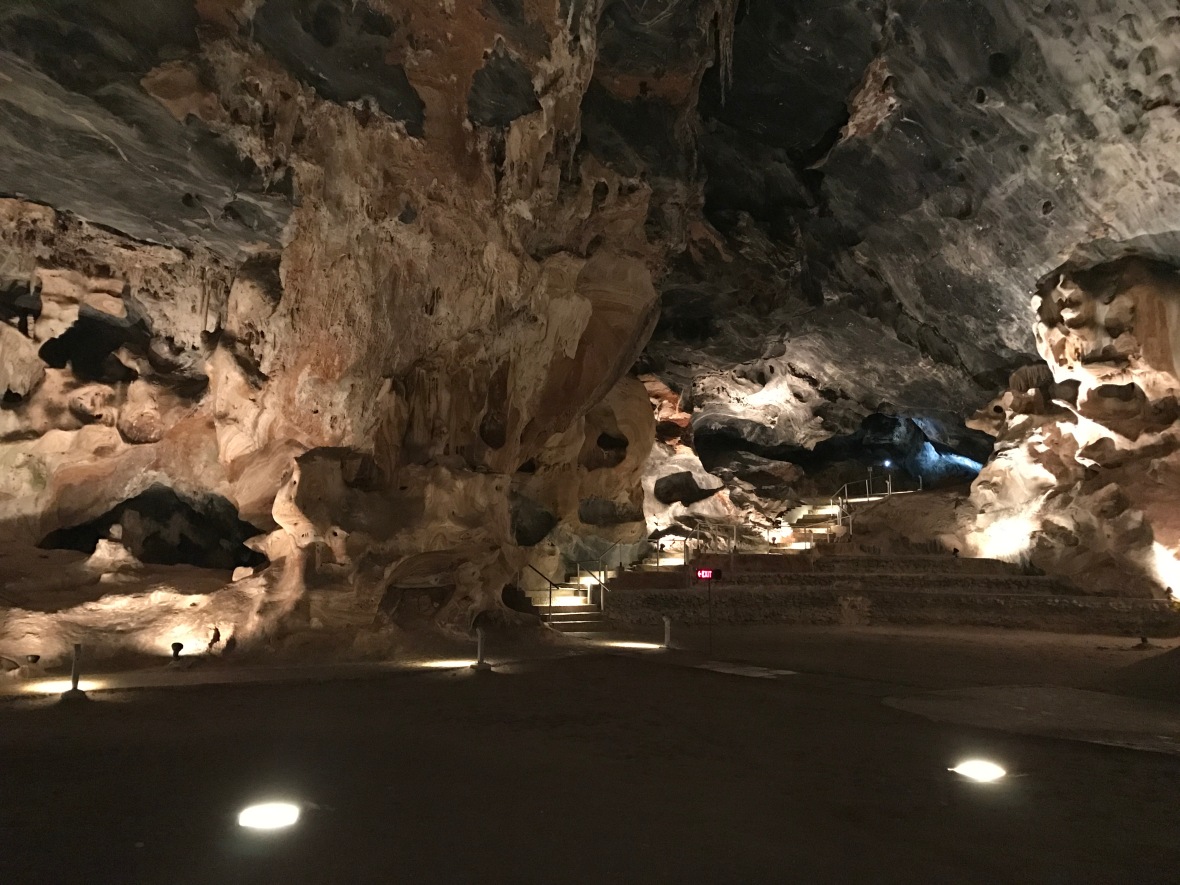 The acoustics are surprisingly good down in the caves – our guide even sang the national anthem for us:

In the past, they’ve even held concerts here.

The rock formations are out of this world. 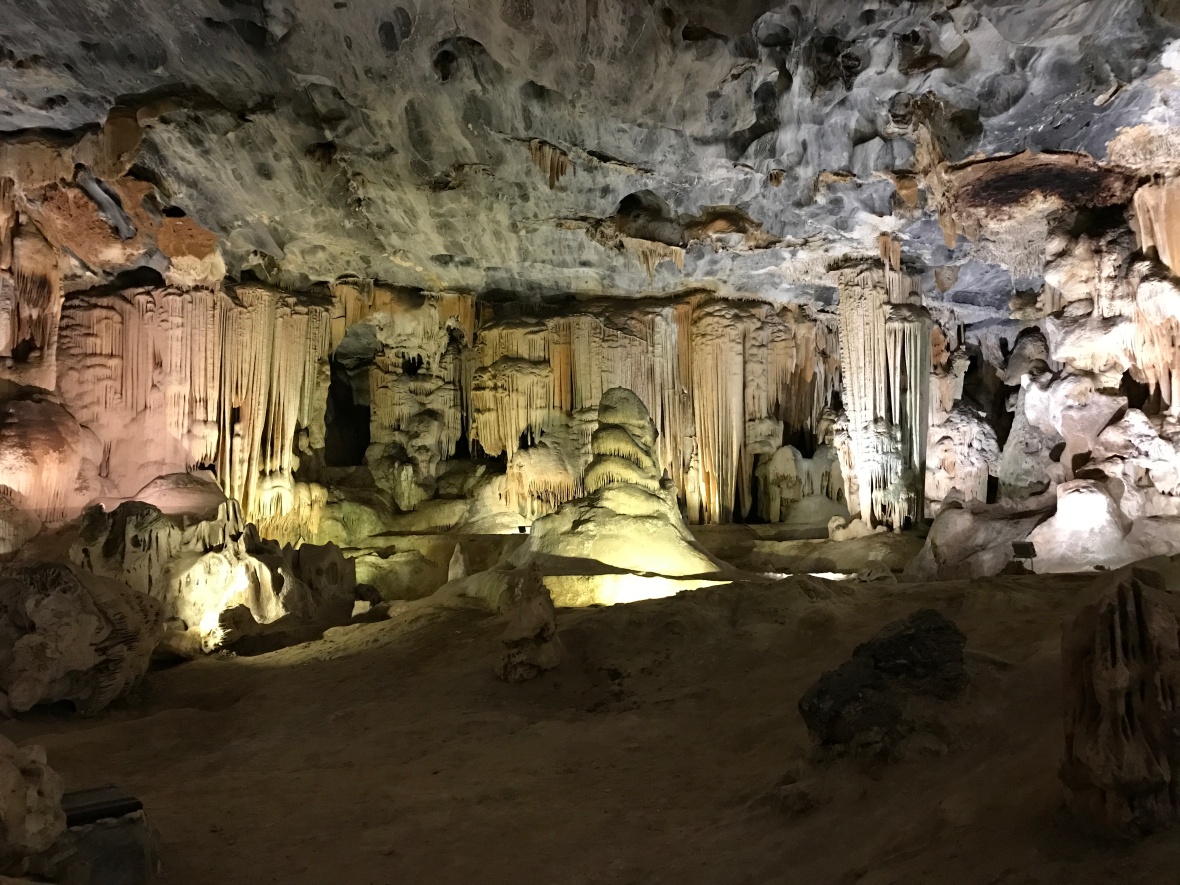 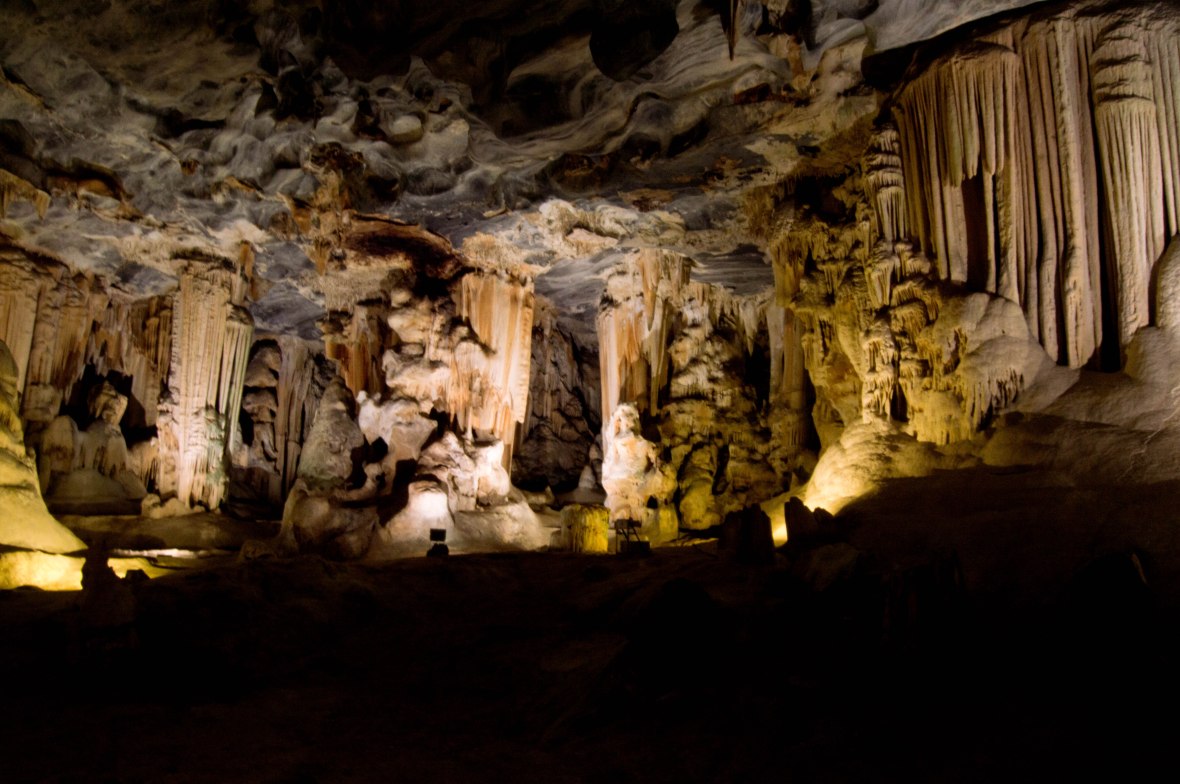 Again – it’s really difficult to get some decent pics due to the lighting but hopefully, these go some way towards showing you what it was like in there. 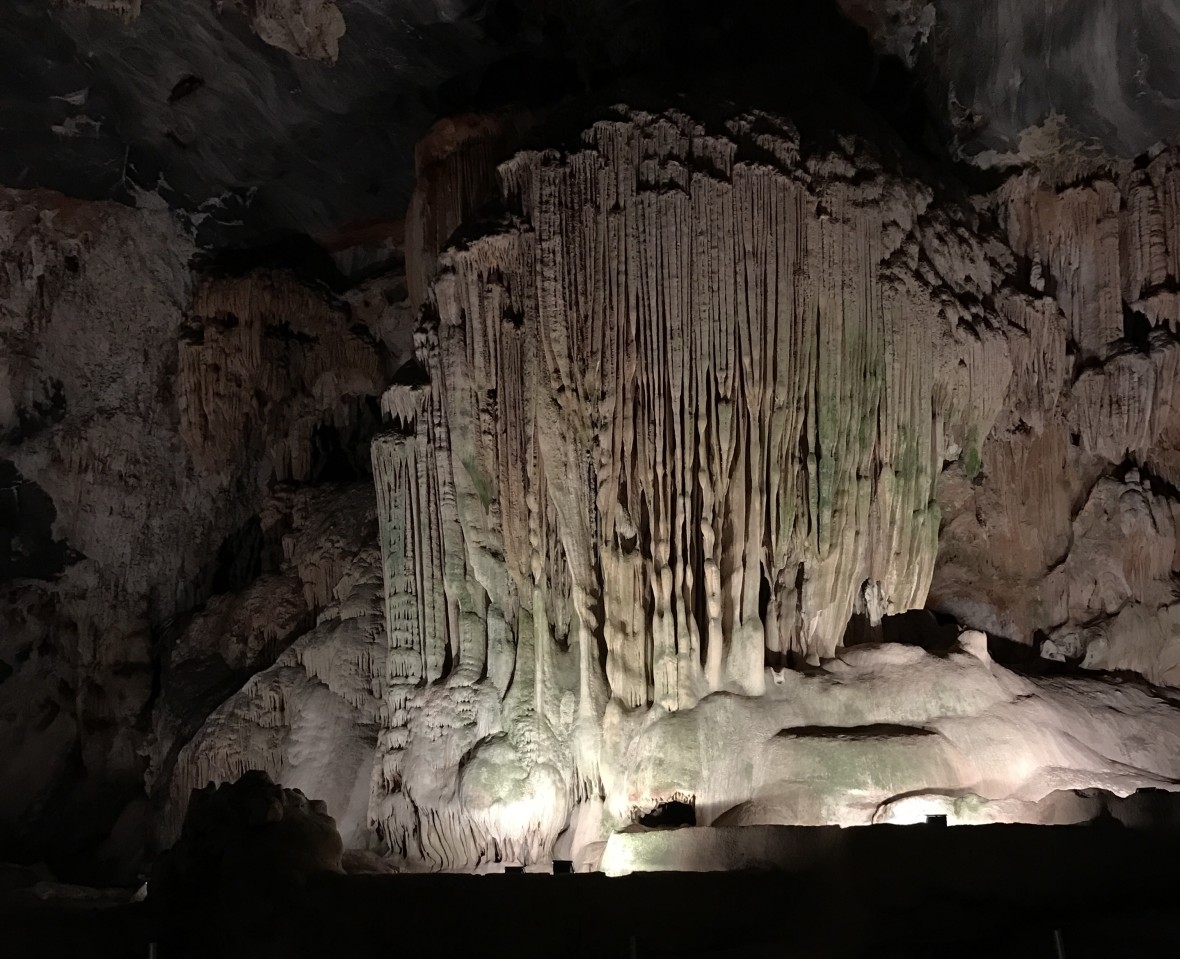 As we drove down from Oudtshoorn back to the coast at George we passed some ostrich farms – so random but so cool: 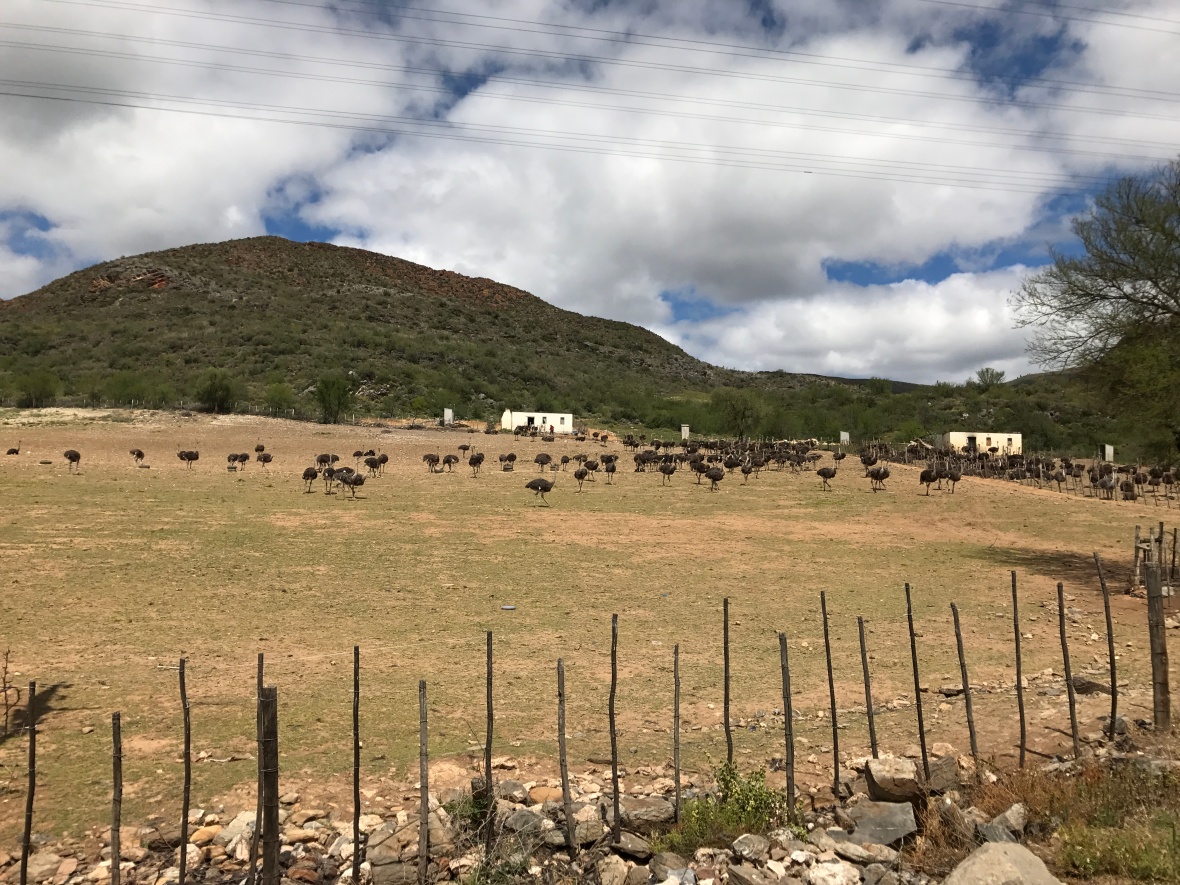 ^ Can you see that road – that’s where we drove!

^ And that’s the coast in the distance.

The journey was so just breathtaking.

Again, every so often, we just had to pull over to enjoy the views! 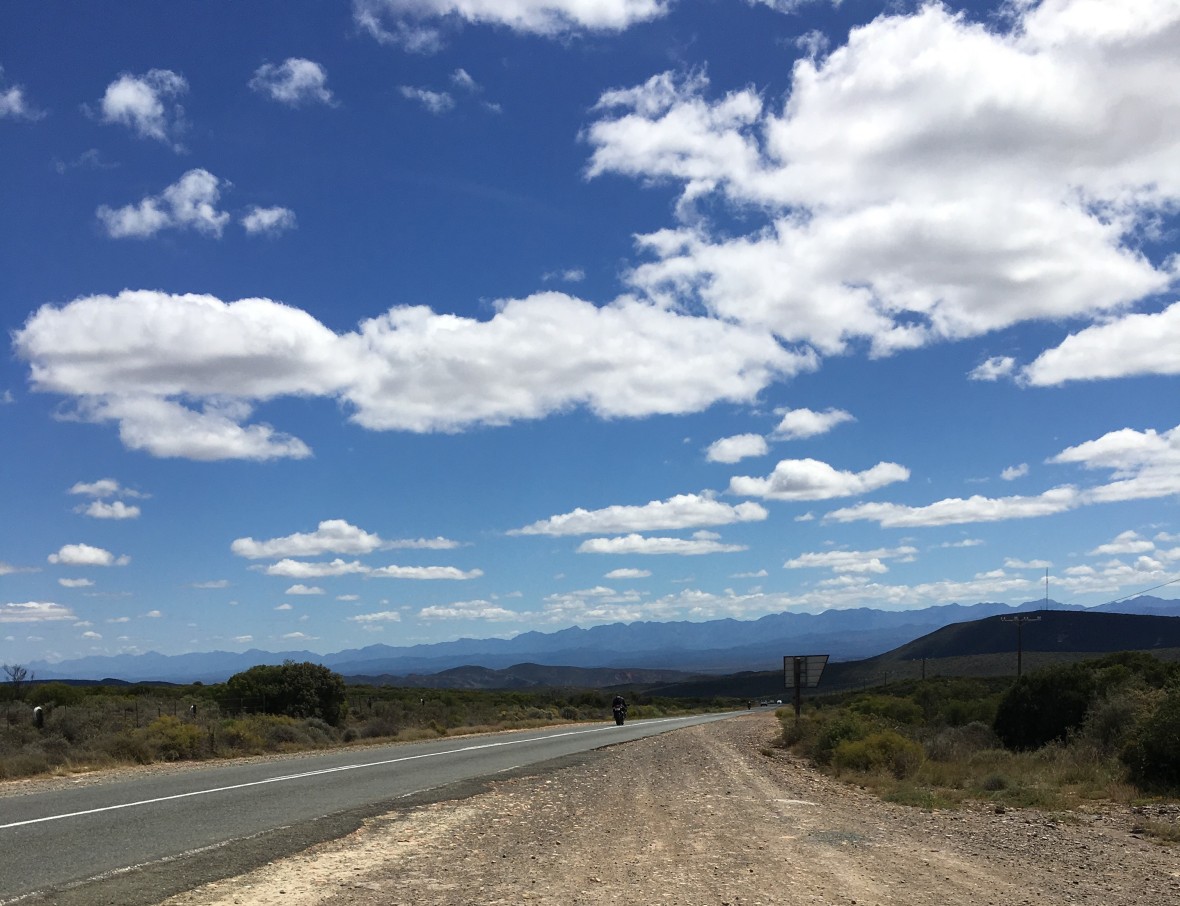 Driving through Wilderness in the pic below. (Yes, really, that’s the name of the town!) 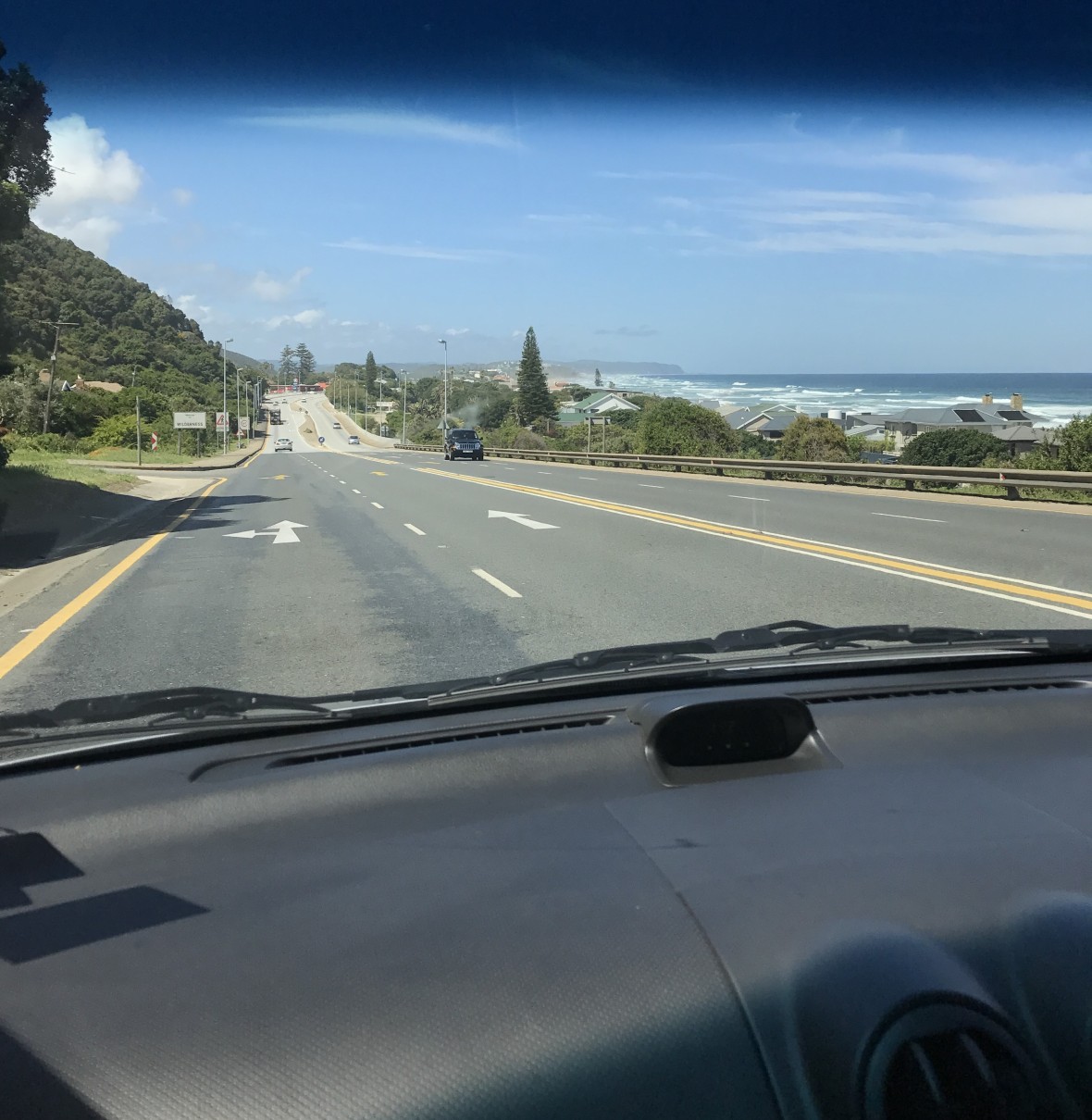 We arrived in Knysna a little after midday to be greeted by views such as this – dreamy.

As we driving towards the town centre in hoping to find somewhere nice for lunch, we saw some signs for whale watching tours, and having had missed out the previous day at Hermanus, we couldn’t resist. After waiting for the next boat out, we climbed aboard, not realising the front of the boat is the bumpiest seat! 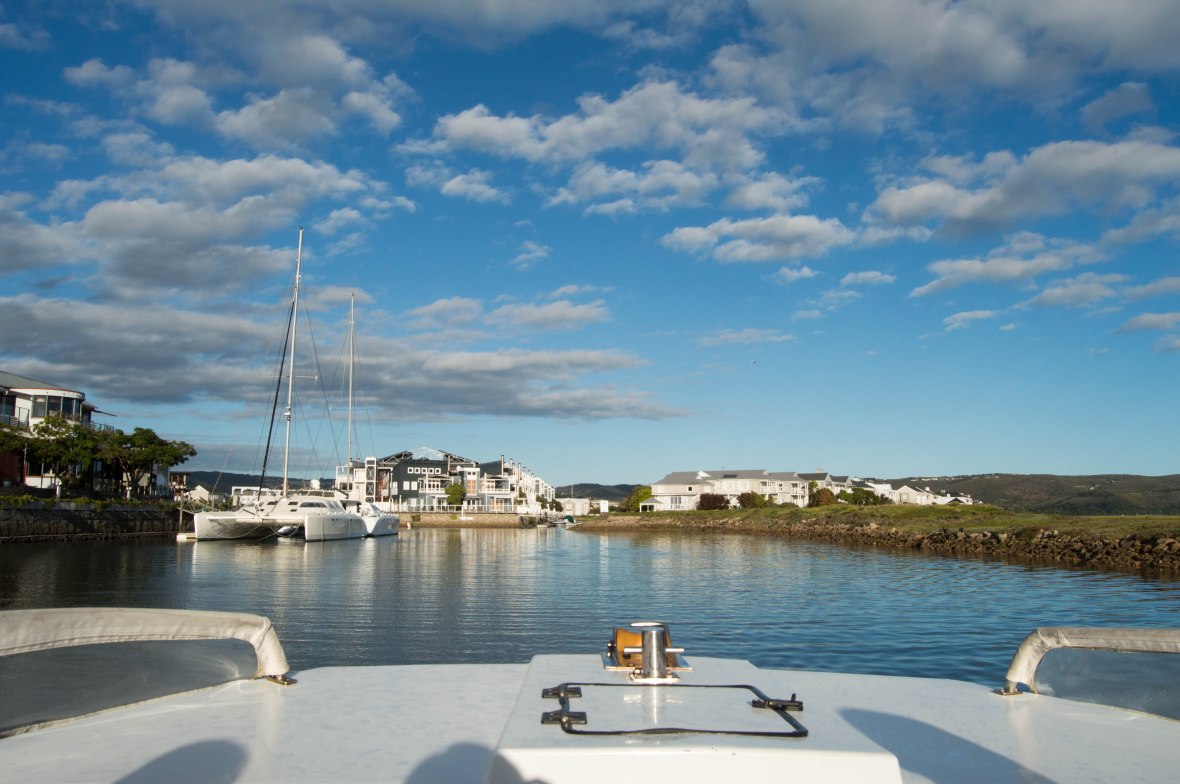 We quickly left the shore behind us and entered rather rough waters. My bum was definitely not in the seat for much of this ride, waves crashed into our little boat and we were thrown into the air, rears hitting the seat again once gravity realised it wasn’t doing its job – over, and over again.

I quickly took a few pics and popped my camera and phone away as we got splashed, a lot! 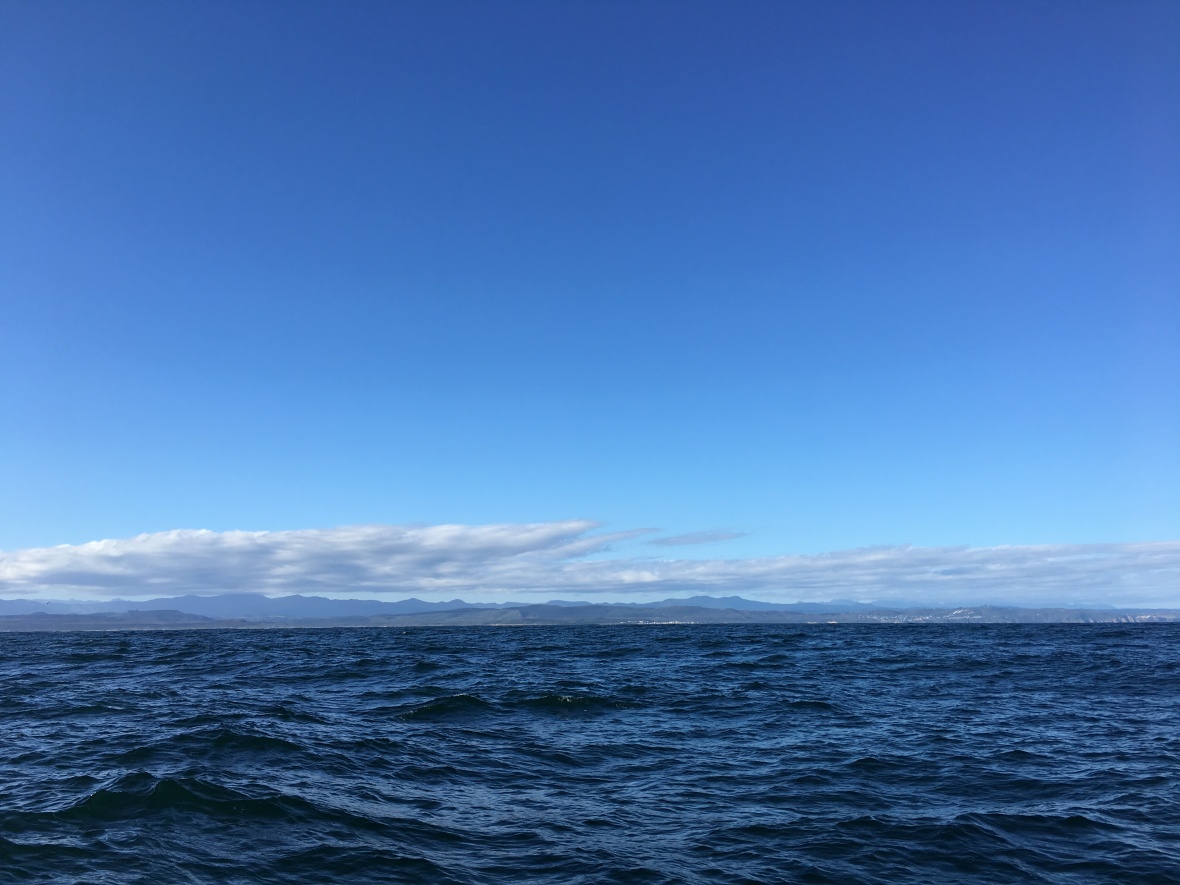 Two and a bit hours later, our hopes of seeing whales was crushed…

Alas, this was the only whale to be seen on that particular afternoon: 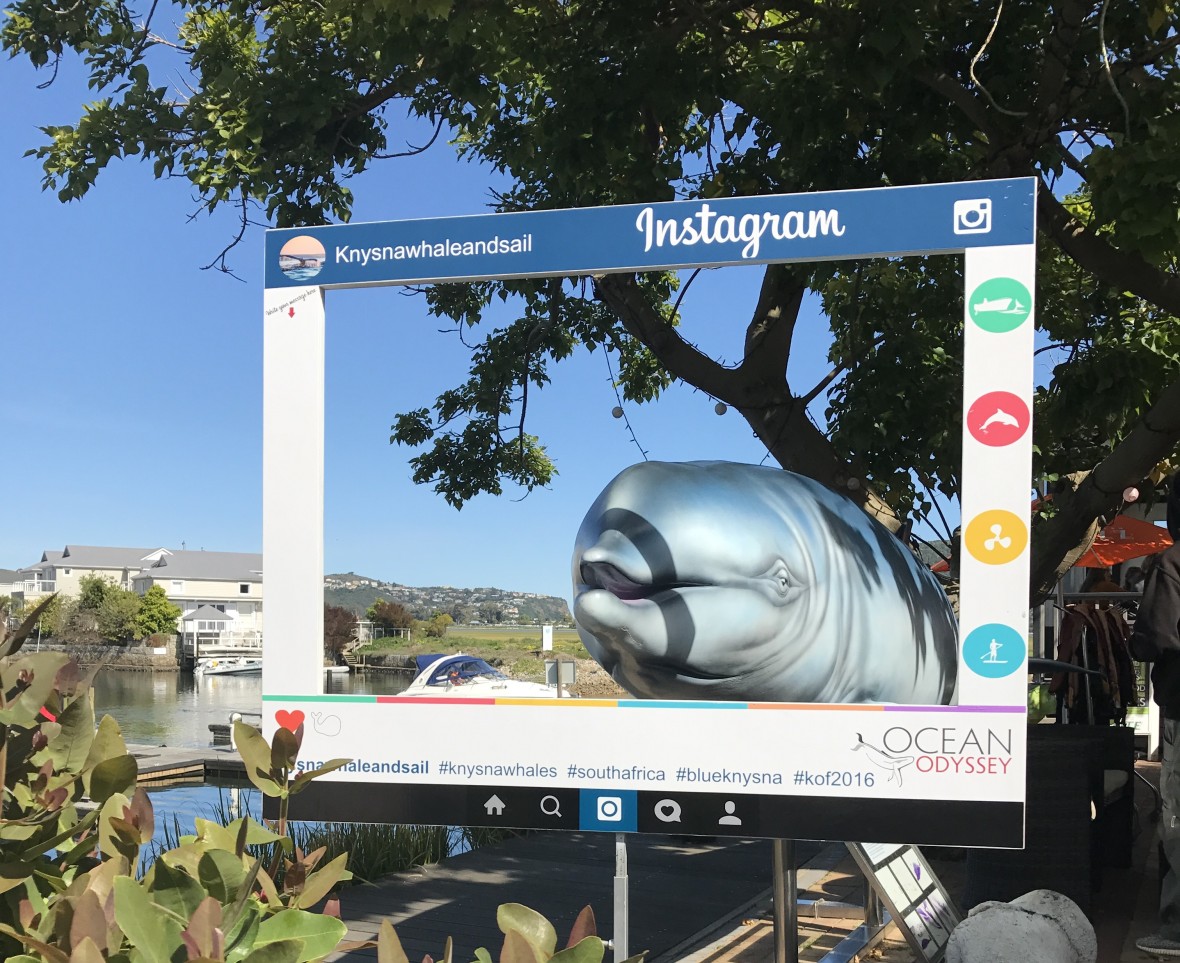 After grabbing some fast food, we only really had an hour of daylight left, with quite a bit of ground yet to cover, we pressed on. 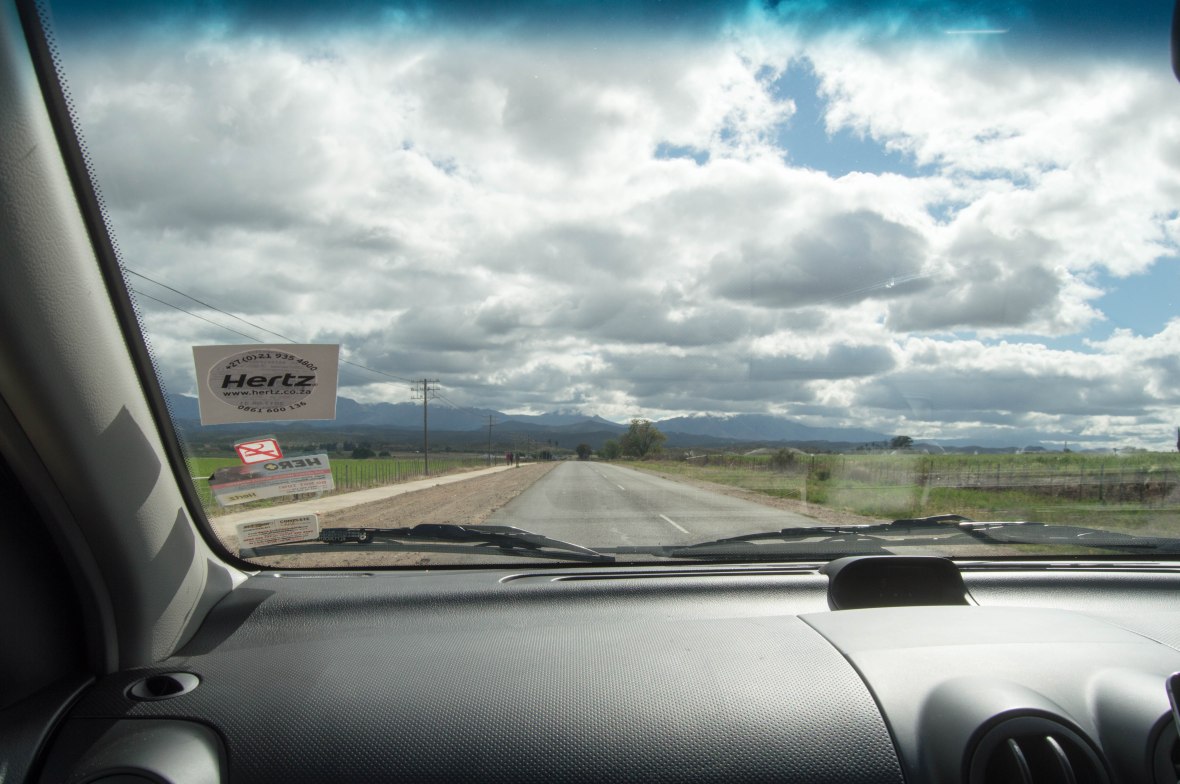 Sunset on the road:

I definitely dozed off for a bit after it got dark…

We arrived quite late to Port Elizabeth and grabbed some dinner before heading to our hotel for the night – Amani Guest Lodge.

In the morning, we discovered that they had such a lovely pool, it’s really such a shame we had to head to the airport super early to catch our onwards flight to Johannesburg!

Looking forward to sharing the next instalment with you guys!